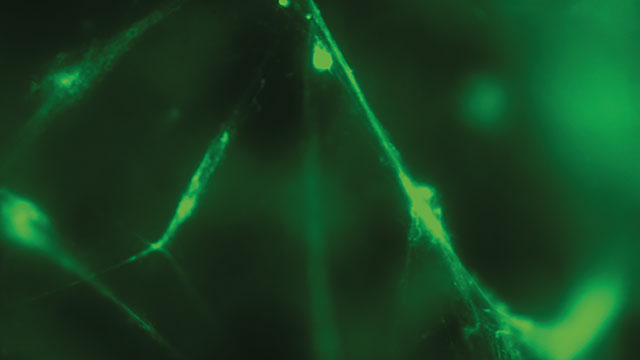 MOLECULAR BATTLEGROUND
Beyond acting as a genetic blueprint, DNA can play a direct role in the immune system. For instance, neutrophils cast webs of DNA and antibacterial proteins into the bloodstream to trap pathogens. When a team of Swedish researchers observed that B lymphocytes also appear to eject DNA, they decided to investigate further.

IMMUNE ARTILLERY
The researchers isolated several types of lymphocytes—B cells, T cells, and natural killer cells—from healthy blood donors and leukemia patients. They exposed them to a variety of triggering molecules, such as ionomycin from Streptomyces conglobatus, together with a fluorescent DNA-binding substance in vitro. Only when exposed...