ABOVE:  Researchers examined the roots of mutant Arabidopsis thaliana seedlings grown in agar for clues about genes’ functions.
ANDREAS BATTENBERG/TUM

Beginning with her PhD work more than a decade ago, Caroline Gutjahr has investigated the effects of karrikins, compounds that are generated when plants burn and that influence germination of fire-following plants. Last year, her group at the Technical University of Munich grew seedlings of an Arabidopsis thaliana mutant with a karrikin receptor knocked out. “The first thing we saw is that the roots are not growing straight down, but they’re slanting, so it looked very weird,” she says. The hairs on the roots, which are crucial to nutrient and water absorption in young plants, were also shorter and sparser than those on wildtype Arabidopsis.

With collaborators at the University of Leeds, Gutjahr’s group grew mutant seedlings missing other components of karrikin signaling, as well as plants lacking elements of a related pathway triggered by plant hormones known as strigolactones. In previous studies, other research groups had linked strigolactones to root development aberrations. In the new study, the root phenotypes of the mutants revealed that most of the defects were actually due to disruptions in the karrikin pathway. One reason for the mistaken conclusion is that both karrikin and strigolactone signaling work through a protein called MAX2, the gene for which was mutated in some previous studies, the paper’s authors write.

Because it offers insight into the molecular mechanisms of a puzzling root phenotype, the study is “really useful . . . for the root field and also for the strigolactone field,” says Yanxia Zhang, a plant biologist at Wageningen University in the Netherlands who was not involved in the work. The results also show that the strigolactone and karrikin receptors lack specificity. That finding suggests they may also be activated by other compounds, she adds, and warrants further investigation. 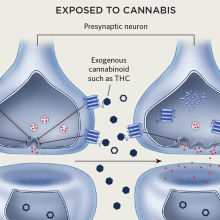 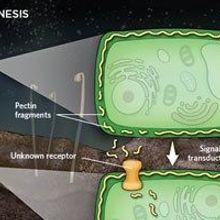