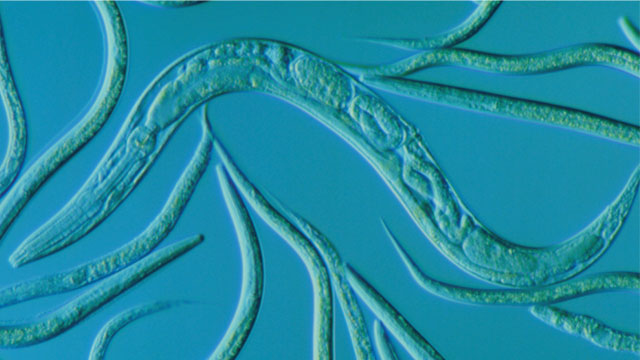 The finding
Many animals live longer at cold temperatures. The dominant explanation has been that low temperatures simply slow down all chemical reactions, including the ones that lead to aging. “People assume that it’s just a passive process,” says Shawn Xu, a neurobiologist and geneticist at the University of Michigan. But he and colleagues have found that in C. elegans, the cold-sensitive ion channel TRP is involved in actively promoting longevity when the temperature drops.

The approach
For years, Xu had been studying how TRP channels, encoded by the TRPA-1 gene, influence neuronal signaling and...