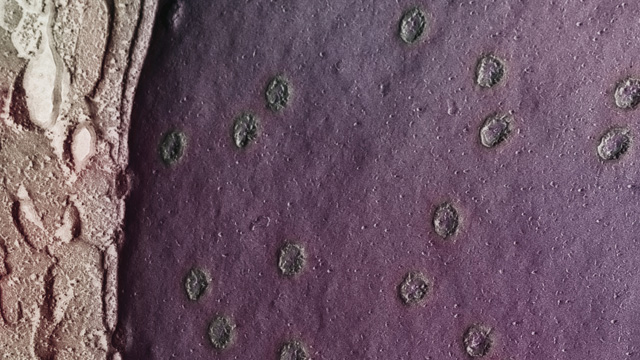 BYPASSING THE PORE: Once thought to be the only method of exit for RNA, nuclear pores (pictured here) are no longer the only way out.© DON W. FAWCETT/SCIENCE SOURCE

The finding
While studying synapse development, Vivian Budnik, of the University of Massachusetts Medical School, and colleagues noticed large granules of RNA and protein in the nuclei of post-synaptic muscle cells. These particles were larger than the nuclear pore—the only known exit portal for RNA. With the help of RNA expert Melissa Moore, also at U Mass, the researchers determined that the granules exited by budding through the inner and outer nuclear membranes.

The pathway
Budnik had been tracking the contribution of a Wnt signaling protein called Wingless (Wg) to...