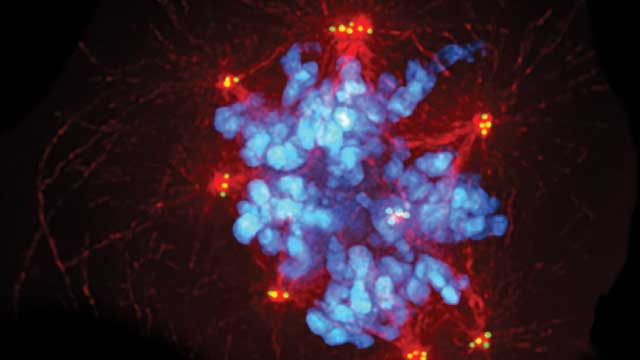 Three’s a crowd
More than a century ago, the German biologist Theodor Boveri observed that cancer cells often had extra centrosomes, organelles essential for the segregation of chromosomes during mitosis. This raised a question that scientists have since puzzled over for decades:
Is centrosome amplification a cause or effect of cancer?

Chicken or egg
In 2008, researchers found the first compelling evidence that extra centrosomes could drive tumor formation in flies. However, subsequent studies in mice failed to replicate the results, leading some to question the universality of extra centrosomes’ effects.