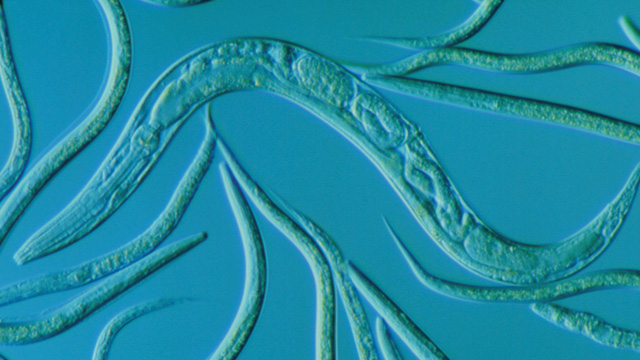 Edward Marcotte, of the University of Texas at Austin, was always interested in how the same groups of conserved genes could be linked to such different traits in different organisms. For example, mutated forms of the BRCA1 gene, which are associated with breast cancer in humans, are also responsible for a higher frequency of male progeny in C. elegans. Searching for common gene networks or systems across very different species, Marcotte and his colleagues uncovered surprising relationships—coined phenologs—that could help locate new disease-related genes or be used to screen therapeutic compounds....

The search uncovered several new and unusual models. In humans, a gene mutation that causes deafness was also involved in detecting gravity and directional growth in plants. Though they give rise to different phenotypes, the genes are likely part of an “ancient machine,” said Marcotte. Studying the interacting genes and proteins in the plant could reveal novel genes associated with the human disease.

Published 2 years ago, Marcotte’s study is proving to be truly “reflective of a trend in genomic analysis in recent years” says Elissa Chesler of the Jackson Laboratory in an e-mail.