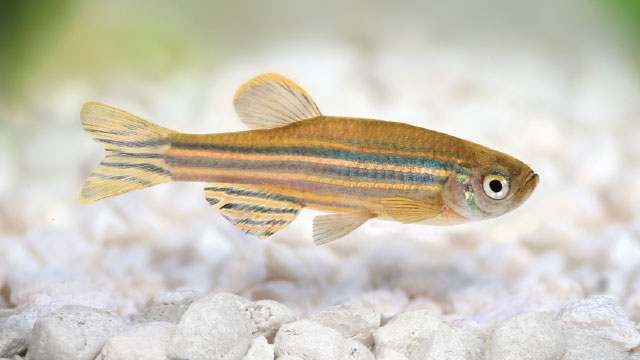 A novel receptor identified in the nose of zebrafish helps the animals track down their next meal.© ISTOCK.COM/MIRKO_ROSENAU

A nose for ATP
Studies have shown that fish sense ATP, the cellular unit of energy, and follow concentration gradients of the molecule released by zooplankton to track down their next meal. Testing zebrafish in the lab, neurobiologist Yoshihiro Yoshihara of the RIKEN Brain Science Institute in Japan and colleagues found that ATP appeared to activate a small number of short, pear-shape olfactory sensory neurons at the very tip of the nose.

A neuronal odor trail
When the researchers hunted for ATP receptors in the zebrafish genome, they found a novel receptor called A2c. Cell culture experiments revealed that A2c was not directly activated by ATP, however; two...