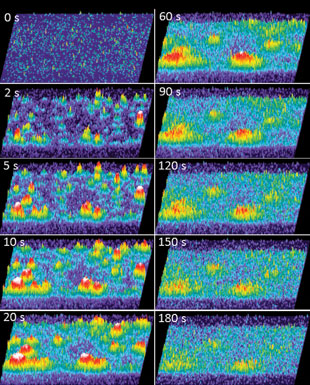 The finding
Extracellular signaling with ATP is a primitive method of cell communication that, in the lungs, stimulates the secretion of mucus, fluids, and surfactants. Cell physiologist Ryszard Grygorczyk of the University of Montreal and collaborators showed that mechanically stretching lung cells by more than 10 percent instigates ATP secretion in sufficient amounts to induce a physiological response.

The technique
Grygorczyk and colleagues stretched A549 cells—a human lung cancer cell line—with a computer-controlled machine mounted on a microscope that uses two arms to pull on a cell-filled chamber made of thin, flexible silicone. The silicone is coated with collagen that helps the cells stick and stretch along with the device. The researchers visualized ATP release by measuring extracellular changes in luciferins, which undergo an oxidation reaction in the presence of ATP.

The results
Only a small proportion of cells responded to the stretching each time, and any given cell responded inconsistently. Grygorczyk said that making sure only a few cells release ATP at once is probably important, as too large a flood of ATP could overstimulate mucus and fluid production. Deep breaths or coughing could stretch lung cells enough to induce mucus secretion capable of clearing foreign substances from the lungs. When the scientists added vesicle-release inhibitors, ATP release declined, indicating that the cells are likely secreting the molecule through exocytosis.

The implications
“These findings provide novel understanding of the mechanism by which lung epithelial cells transduce physical forces inherent to lung function,” says Eduardo Lazarowski of the University of North Carolina School of Medicine. 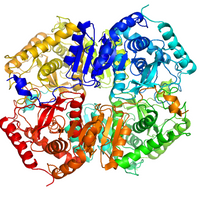