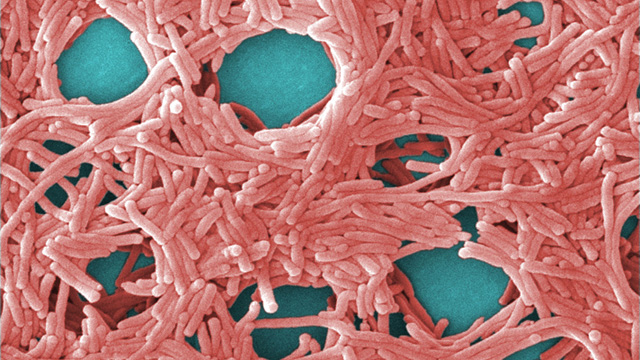 When University of Louisville's Yousef Abu Kwaik and colleagues stumbled upon a eukaryotic protein in Legionella bacteria, he suspected the prokaryotes had stolen the gene from its host to help it co-opt their eukaryotic prey–either an amoeba or a human cell. Their investigations revealed that the protein, called AnkB, forces the host cell to degrade its own proteins into amino acids to provide sufficient quantities of nourishment for the parasitic bacterium.

The protein AnkB was known to tag perfectly healthy proteins with ubiquitin–an address label that marks misfolded proteins for proteasomal degradation–but it was unclear how this process benefited the bacterium. And, although bacteria are...

"This bacterium really lives on an Atkins diet," says Abu Kwaik, consuming only proteins in the form of free amino acids. When researchers blocked the host cell's protein degradation machinery, replication of the Legionella ceased, only to be restarted if pure amino acids–in particular cysteine or serine–were added to the culture medium.

Infection with Legionella can only occur by exposure to contaminated water. In theory, these water sources could be treated with currently available proteasome inhibitors to starve the bacteria to death, says Abu Kwaik.