ABOVE: When stripped of their pheromone-laced coatings, Drosophila eggs can be found by predatory larvae.
ROSHAN VIJENDRAVARMA

Pheromones in the animal kingdom are often associated with sex, but are also widely used for nonsexual behaviors such as nest guarding, foraging, navigation—for example, by following a pheromone trail left by another animal—and communication. A curious observation led Roshan Vijendravarma, an evolutionary biologist at the Institut Curie, Paris, and his colleagues to investigate whether pheromones might also be deployed to hide eggs from predators.

The researchers saw that starved Drosophila melanogaster larvae seldom attacked eggs laid by conspecifics, despite being voracious predators that regularly attack their own older sibling larvae shortly after hatching. To find out why, the team analyzed fruit fly eggs using high-resolution mass spectrometry and found a thin layer of wax lining within the eggshell that contained male and female pheromones known to be involved in adult mating behavior.

Hungry Drosophila larvae are blind and rely on chemical cues to sense their surroundings and find food. The team wanted to find out whether the pheromones protect eggs from these hungry siblings, so the researchers exposed eggs to different chemical treatments, some of which damaged the pheromone layer. Sure enough, the team found that eggs with a compromised wax layer were consumed more often than sealed eggs.

The study “shows that the mother chemically deceives the cannibalistic larvae by placing a pheromone in the wax layer of the egg’s shell, making the egg unrecognizable to the hunting larvae,” geneticist Marla Sokolowski of the University of Toronto, who was not involved in the work, writes in an email. Given what she calls the “vast toolkit” available for research on D. melanogaster, Sokolowski expects that these findings will open the door for studies that will further elucidate the sensory, neural, and genetic basis of pheromone-based deception at an unprecedented resolution. Next, Vijendravarma plans to investigate whether the trick used by D. melanogaster also works to protect its eggs from predation by larvae of other fruit fly species. 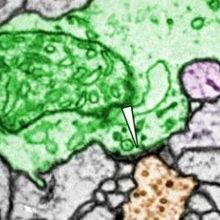 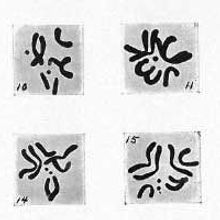 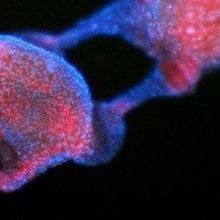