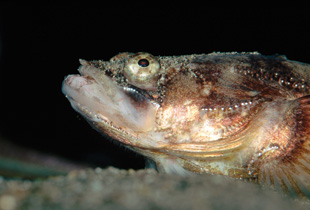 CAN YOU HEAR ME NOW?: Fluctuations in the number of big potassium channels in the ears of female midshipman fish help the animals tune in to males’ calls during mating season.© BRANDON D. COLE/CORBIS

The finding
Female midshipman fish (Porichthys notatus) are more interested in males’ reproductive calls during the summer breeding season than in the winter. Andrew Bass, a professor of neurobiology and behavior at Cornell University, and colleagues now show that seasonal variation in hearing occurs due to the alteration of the total number of a type of ion channel, called big potassium (BK) channels, in the sensory cells of the fish’s ears.

The background
P. notatus spends its winters deep in the ocean and its summers...