ABOVE: Male pea aphids (Acyrthosiphon pisum) come in winged and wingless morphs, a phenotype determined by an autosomal insertion on the X chromosome.
© OMID SALEH ZIABARI AND JENNIFER BRISSON

The sap-sucking pea aphid (Acyrthosiphon pisum) has both winged and wingless morphs. When pea aphid mothers are raised with abundant food, their asexually produced daughters develop no wings, but in crowded, food-scarce conditions, daughters are born with wings, which helps them find better living conditions. In males, which are the product of sexual reproduction, whether or not they grow wings appears to be genetically controlled. “So you’ve got one species, two dimorphisms,” explains Jennifer Brisson, an evolutionary geneticist at the University of Rochester in New York. “One is totally plastic, and the other is totally genetic.”

Brisson’s team discovered that the male wingless morph is controlled by an insertion in one version of the X chromosome, the only sex chromosome in pea aphids: males whose single X chromosome carries the insertion fail to grow wings, while those that lack it develop the appendages. Brisson suspects that a duplicated follistatin gene on the insertion may play a role. The original follistatin gene, which resides on an autosome, encodes a glycoprotein that regulates the expression of the ecdysone receptor, whose signaling is involved in wing development in females.

The winged and wingless forms seem to be actively maintained in at least two of the 15 or so closely related variants within the pea aphid species complex, suggesting that each morph has a fitness advantage, depending on context. “The thing I find most interesting is the evidence that the polymorphism has been segregating in aphids for such a long time, becoming fixed or lost in some lineages, but remaining at play in at least the pea aphid lineage for perhaps 10 million years,” says David Angelini, a biologist who studies insect polymorphisms at Colby College in Maine but was not involved in the study. 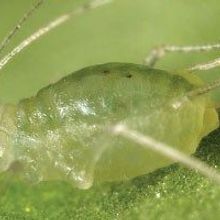 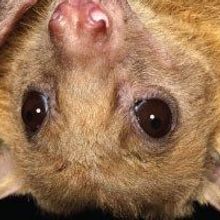