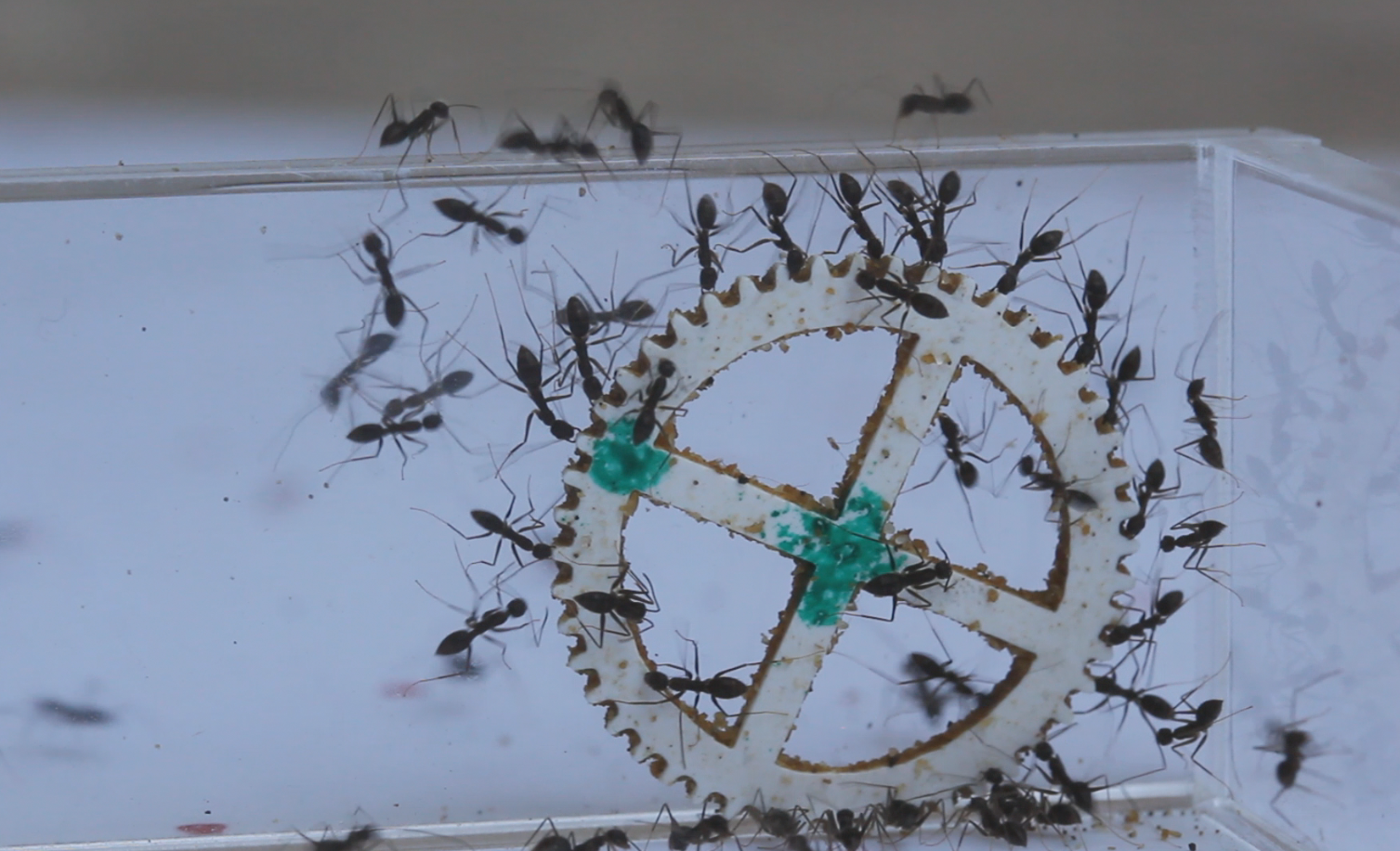 ALL TOGETHER NOW: Ants’ routes when carrying cargo are determined by collective decision-making.
EHUD FONIO

Ants carrying food to their nests often run into obstacles. To find out how they determine the best way to proceed, researchers first used a mathematical model in which ants on the march confronted a barrier with a small opening in it. The model suggested two possible solutions: squeeze the morsel of food through the hole or go around the blockage. The path the “ants” took depended on the number of ants, which in turn hinged on the size of the cargo.

The team tested its model on wild ants in Israel by giving them large, ring-shaped cargos of different sizes smeared with cat...

The ants at the front of the pack, which were following a pheromone trail toward the opening, tended to pull the cargo, while the ants at the back tended to switch between pulling and lifting the load, helping reduce friction with the ground. The ants at the back based their behavior on the cues they received from fellow ants in the front. “No single ant is actually thinking about it,” says coauthor Nir Gov, a biophysicist at the Weizmann Institute of Science in Israel. “Basically they are programmed, we think, to reinforce existing motion.”

The collective forces of the group decide how the food will be moved, the authors suggest. Smaller groups of ants receive weaker cues from their nestmates and spend more time vacillating near the hole, while larger groups more quickly make the collective decision to go around the barrier. In the latter case, the greater number of ants weighing in helps them find a solution faster. Tomer Czaczkes, who studies ant behavior at the University of Regensburg in Germany and was not involved in the study, says the research provides “good suggestions for what the rules the ants might be following are.”