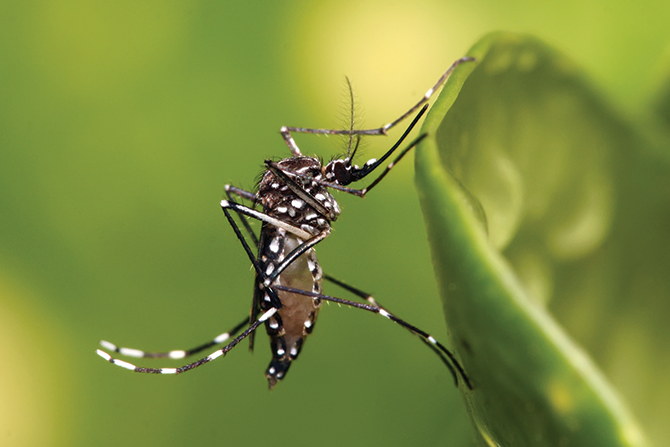 BUZZ BUZZ: Exposing mosquitoes to low doses of ibuprofen may prep their offspring for a stressful life ahead.
WIKIMEDIA, MUHAMMAD MAHDI KARIM

Low levels of the drug ibuprofen are frequently found in rivers and lakes worldwide. Because of its ubiquity, a group of French researchers investigated the long-term effects of an environmentally realistic ibuprofen exposure on mosquitoes and their unexposed progeny.

The scientists observed almost no change in mosquitoes that were exposed to the anti-inflammatory drug as larvae, relative to controls, says coauthor Sophie Prud’homme, an ecotoxicologist at the Université Grenoble-Alpes. But the exposed mosquitoes’ progeny, which did not themselves get the ibuprofen dose, developed...

The researchers used transcriptomics and metabolomics to take snapshots of molecular processes playing out in mosquitoes. They observed a decrease in certain amino acids, carbohydrates, and other metabolites in the eggs of exposed mosquitoes. The larvae hatched from those eggs contained changes in a signaling pathway involved in mosquito growth that may prepare the unexposed progeny for a stressful life ahead. The researchers suspect that epigenetics might regulate some of these changes.

“The females were stressed and . . . probably the eggs were not as well provisioned,” says Immo Hansen, who studies mosquitoes at New Mexico State University and was not involved in the research. It’s unclear how the ibuprofen-induced changes would affect mosquitoes’ fitness and potential to transmit disease. But the intergenerational changes would have escaped notice if the researchers hadn’t examined offspring of exposed insects. Many toxicology studies investigate effects at only one life stage, but they might be missing something in the rest of the life cycle or in the next generation, says Prud’homme.