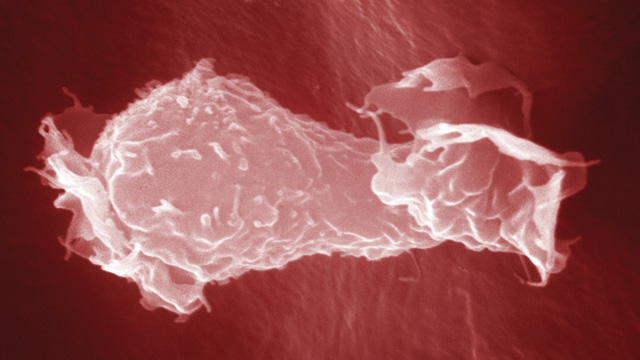 Maintenance of body temperature in response to cold was thought to be the purview of the sympathetic nervous system. But now, Ajay Chawla at the University of California, San Francisco, and colleagues have demonstrated that the immune system–specifically macrophages–plays a critical role in turning fat stores into energy and heat.

The fat-tissue macrophages were not activated via the normal inflammatory pathway, but by an alternative route. The macrophages also appeared to be producing the neurotransmitter norepinephrine, which activates the release of stored fat into free fatty acids and was previously thought to only be produced by neuronal cells. When Chawla inhibited the alternative activation, the mice produced 75-80 percent fewer free fatty acids than control mice.

Now Chawla wants to know whether and how the nerves that detect low temperature activate the alternative pathway in macrophages. "There has to be cross-talk higher up," says Chawla.  Also, the results could be used to develop therapies for obesity, says Shaun Morrison at Oregon Health & Science University.