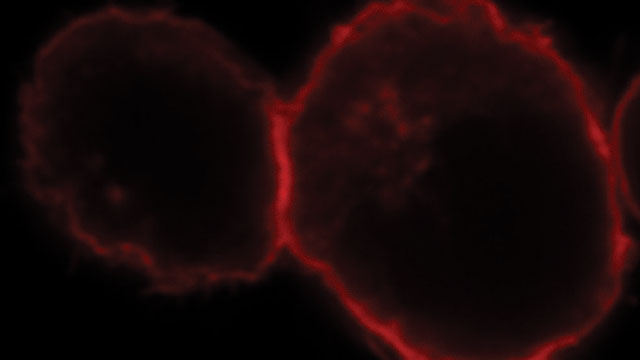 KNOW YOUR ENEMY: Natural killer cells, like the one attacking this larger cancer cell, can be activated by cell-surface receptors called activating KIRs. GWENOLINE BORHIS

Searching for a match
While screening for viral peptides that stimulate one receptor, KIR2DS2, hepatologist Salim Khakoo’s group at the University of Southampton, U.K., stumbled across an amino acid sequence that appears highly conserved across multiple flaviviruses, from Zika to Japanese encephalitis. “There are about 63 different flaviviruses, and they almost...