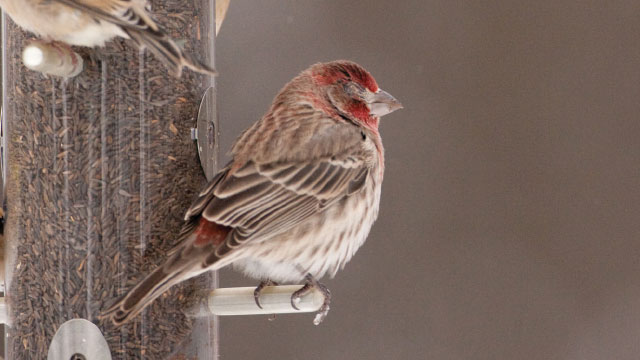 FINCH KILLER
Since 1994, an epidemic of conjunctivitis caused by the bacterium Mycoplasma gallisepticum has ravaged house finch (Haemorhous mexicanus) populations across North America. Arietta Fleming-Davies and Dana Hawley, disease ecologists at the University of San Diego and Virginia Tech, respectively, noted that many birds that had been infected remained susceptible to later infection. The phenomenon reminded Fleming-Davies of findings by other researchers that when a vaccine partially protects a host, it can drive a pathogen to evolve more virulence. (See “Do Pathogens Gain Virulence as Hosts Become More Resistant?” The Scientist, October 2017.)

BIRD IN A CAGE
To find out whether...

CHINKS IN THE ARMOR
The model predicted almost twice as much virulence when bacterial attackers were confronted with incomplete immunity compared to zero immunity, Fleming-Davis tells The Scientist. This suggests, the authors write, that a weak immune response favors nastier pathogens that can overcome defenses.

NOT THE WHOLE STORY
That idea is “an interesting concept, especially as it relates to vaccine research,” says Molly Staley, an evolutionary biologist at the Brookfield Zoo, “but it doesn’t quite fit with what we know” about M. gallisepticum. The birds’ ability to resist manipulation of their immune systems by the bacteria is the primary driver of the pathogen’s increased virulence in the wild, Staley explains, adding that most of the birds infected in the wild are immunologically naïve juveniles, so the responses of previously infected birds likely have only a small effect on virulence evolution.

Correction (June 21): The photo credit on the image that accompanies this article originally referred to the wrong photographer and has been corrected. The Scientist regrets the error.