When Josephine Ulrich and colleagues got the chance to work with the iDiv Ecotron, a system of experimental containers in Germany that lets researchers create and manipulate miniature ecosystems, they decided to investigate the effect of declining invertebrate populations on plant communities. Many studies have explored how projected changes in abiotic factors—rising temperatures, for example—influence plants, says Ulrich, a PhD student at the German Centre for Integrative Biodiversity Research (iDiv) and Friedrich Schiller University, but to look at biotic factors such as invertebrate loss is a new approach.

The team used 24 of the Ecotron units to create tiny grasslands, each with the same 12 herbaceous species but with varying densities of invertebrates collected from a local meadow: 100 percent (the same density as in the meadow), 25 percent, or no invertebrates. Then the researchers observed the ecosystems over the next 18 weeks.

Over that time, units with lower invertebrate densities showed increased abundances of the dominant plant species Trifolium pratense, the team found. In addition, some plant species tended to flower later in these units, while others flowered earlier.

An unexpected aphid infestation, primarily in units designated as invertebrate-free, somewhat complicated interpretation of the results, notes Ulrich, although “in the end, it was quite cool that we had it, because this is one of the future scenarios—that there will be more infestations.”

The University of Basel’s Jürg Stöcklin, who wasn’t involved in the work, says the results about flowering time are particularly novel. “It’s a proof of concept” study, he adds, noting that the underlying mechanisms aren’t yet clear, and that the team’s plant communities are less diverse than wild communities. “The question could be asked: How is it in real communities?” he says. But, “if you want to understand what’s going on, to disentangle the different effects, we need such [experimental] studies.” 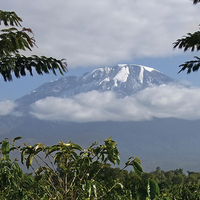