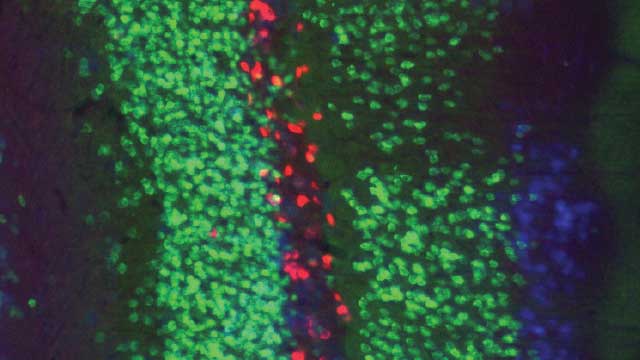 RECORDERS: Entorhinal cortex cells (red) that project to the prefrontal cortex are important for memory in mice.TAKASHI KITAMURA, TONEGAWA LAB

Memory theories
The theory goes that as memories form, they set up temporary shop in the hippocampus, a subcortical region buried deep in the brain, but over time find permanent storage in the cortex. The details of this process are sketchy, so Takashi Kitamura, a researcher in Susumu Tonegawa’s MIT lab, and colleagues wanted to pinpoint the time memories spend in each of these regions.

Total recall
As mice were subjected to a fearful experience, the team labeled so-called memory engram cells—neurons that are stimulated during the initial exposure and whose later activity drives recollection of the original stimulus (in this case, indicated by a freezing response). Using...