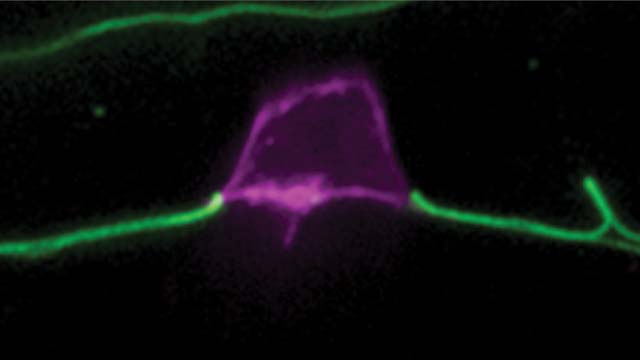 During development and aging, animal cells that have been weakened by mutation, infection, and oxidative damage can be forced to commit suicide by signals from healthy cells—a process called competition. But if a cell has suffered only a temporary setback, say a transient transcription error, it can buy time by expressing a survival factor, a protein called SPARC.

Eduardo Moreno’s group at the Spanish National Cancer Research Centre in Madrid was looking at cellular competition during Drosophila development when they noticed that SPARC prevented apoptosis in loser cells by inhibiting caspase activation. Moreno quips that SPARC is “a mechanism to solve...

”We really still don’t understand: is there one central thing that SPARC does, or are there many different activities?” says F1000 Member David Sherwood. He studied SPARC’s role in cell adhesion in C. elegans, finding that its overexpression promotes cell-invasive activity. But it appears to have multiple roles both in normal development and in cancer.

A key question now for cell competition is determining the molecular mechanisms. “I’d like to know how SPARC is functioning,” says Sherwood. Moreno plans to investigate how the killing signal is intercepted by SPARC. He also plans to overexpress SPARC in normal human cells to see if it might help them outcompete neighboring tumor cells.