The Y chromosome is chock-full of “selfish” genetic elements, which can jump around causing mutations. But the Y chromosome’s densely packed DNA, called heterochromatin, keeps these elements in check. Because heterochromatin deteriorates as organisms age, University of California, Berkeley, evolutionary biologist Doris Bachtrog wondered what role that change played in how long individuals live.

She and colleagues turned to Drosophila. As in mammals, males are XY and tend to live shorter lives than XX females. Quantifying the amount of heterochromatin in the genomes of young and old flies, Bachtrog’s team found that levels were well maintained in females as they aged. In old males, the amount of densely packed DNA was greatly reduced, especially across each fly’s Y chromosome, which also showed increased expression of selfish genetic elements.

Next, the team created flies with abnormal numbers of Y chromosomes, including XXY females and XYY and X0 males. Sure enough, females carrying a Y chromosome and males with an extra Y did not live as long their wildtype counterparts. Expression of selfish genetic elements was also “dramatically increased” in the flies with added Ys, says Bachtrog. “As soon as we put another Y chromosome in the genome, flies died quicker.” In contrast, males without any Y chromosomes lived substantially longer than normal XY males.

By providing a quantitative look at heterochromatin loss with age, as well as experimental evidence that higher levels of transposable element expression may reduce lifespan in flies, “the current paper is more definitive” than previous research, says Willis Li, a geneticist and cell biologist at the University of California, San Diego. He’s investigated loss of heterochromatin and Drosophila aging in the past and says Bachtrog’s paper is “a very nice study.” 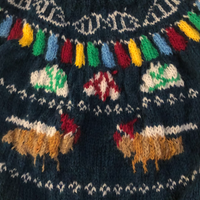