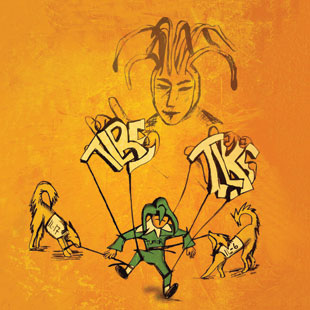 CANCER COMMAND: The microbiome (as puppeteer) affects the immune system’s influence on tumor growth, in tandem with inflammatory cytokines (dogs).ILLUSTRATION BY MELANIE R. RUTKOWSKI AND GRAPHIC DESIGN BY SUBTERRANEAN GRAFIX

The polymorphism
The gut microbiome influences nonintestinal cancer progression, but the role of toll-like receptor 5 (TLR5), an immune system protein that recognizes commensal bacteria, was a mystery. As more than seven percent of people have nonfunctional TLR5, José Conejo-Garcia of the Wistar Institute in Philadelphia and colleagues explored how TLR5 impacts tumor growth.

The controller
In a mouse model of sarcoma, the researchers found that tumors grew much faster in wild-type mice than in TLR5-deficient ones. Wiping out the mice’s microbiomes diminished the disparity, indicating that TLR5’s tumor-promoting effects are driven by commensal bacteria. TLR5-dependent signaling triggered the production of inflammatory interleukin 6 (IL-6), which in turn activated an immunosuppressive cascade—not switched on in TLR5-deficient animals—that promoted tumor growth.

The twist
In human breast cancers or mouse mammary carcinomas, where IL-6 levels are much lower, TLR5 had the opposite effect. Tumors in TLR5-deficient mice grew better, due to the upregulation of IL-17, a different inflammatory cytokine. As in the sarcoma model, any differences between TLR5-deficient and wild-type mice disappeared upon antibiotic treatment. “Cancer is a systemic disease that is very dramatically influenced by commensal bacteria,” Conejo-Garcia says.

The manipulation
“It’s very exciting to see this kind of progress,” says Susan Erdman of MIT. She says looking into the effects of human polymorphisms such as TLR5 “really contributes to the concept of personalized medicine in cancer therapy.” As a first step toward future treatments, study coauthor Melanie Rutkowski is exploring how manipulating the microbiome could inhibit tumor growth. 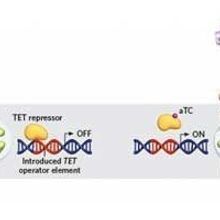