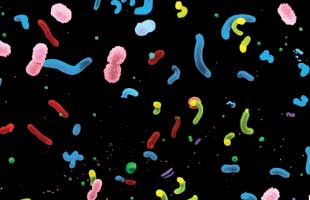 The fixers
Marine systems fix about 50 gigatons of carbon each year, of which about half is processed by heterotrophic microbial communities. But relatively little is known about the role of individual taxa in the assimilation and metabolism of carbon compounds. So Samuel Bryson, a graduate student in Ryan Mueller’s lab at Oregon State University, set out to test a method that could improve taxon-specific measurements of carbon uptake and usage.

Proteomic probe
Bryson and his colleagues added 13C-labeled amino acids  to seawater samples of bacterioplankton collected at two different locations off the western coast of the U.S. The team then used metagenomics and mass spectrometry to analyze various bacterial orders’ incorporation of 13C into peptides to see “who is taking up what,” says Bryson.

Heavy lifters
The researchers found that some orders, such as Alteromonadales, incorporated 13C-amino acids into biomass more rapidly than more-dominant orders like Rhodobacteriales and Flavobacteriales. “I think it’s using some really cutting-edge technology to get at an important question in microbial oceanography,” says David Kirchman, a marine microbiologist at the University of Delaware, adding that data on how bacteria share the job of carbon assimilation will help scientists better understand carbon cycling in marine systems.

Complicating matters
So far, the method has “confirmed and validated other predictions and observations” about taxonomic differences in amino acid assimilation, says Bryson. The next step will be to increase the complexity of the experiments, by “looking at how taxa respond across a variety of substrates,” he says. 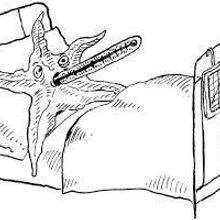