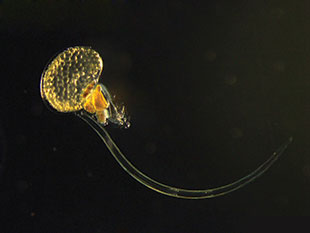 Accidental discovery
Scientists often exploit the natural phenomenon of RNA interference (RNAi) to knock down specific genes in model organisms. Although much less common than RNAi, DNAi has been described in plants, ciliates, bacteria, and archaea. And now, thanks to an accidental finding by Tatsuya Omotezako of Osaka University, it appears that DNAi can also silence genes in a metazoan, specifically, the tiny tunicate Oikopleura dioica. “I introduced DNA fragments for another purpose,” Omotezako explained in an e-mail, but instead he found a surprising phenotype—one he would have expected from RNAi.