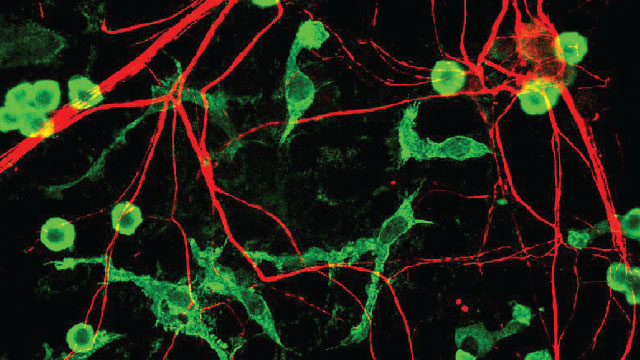 A renewable resource?
Evidence has emerged that some of the brain’s cells can be renewed in adulthood, but it is difficult to study the turnover of cells in the human brain. When it comes to microglia, immune cells that ward off infection in the central nervous system, it’s been unclear how “the maintenance of their numbers is controlled and to what extent they are exchanged,” says stem cell researcher Jonas Frisén of the Karolinska Institute in Sweden.

Nuclear signature
Frisén and colleagues used brain tissue from autopsies, together with the known changes in concentrations of carbon-14 in the atmosphere over time, to...