The gut microbiome serves many useful functions in the body, but it can also rev up the immune system in harmful ways. For example, when Thad Stappenbeck of Washington University Medical School in St. Louis and colleagues went looking for the culprits of colitis in a mouse model that is genetically susceptible to inflammation, they turned up Bacteroides thetaiotaomicron (B. theta)—a normally peaceful bacterial species that for some reason provoked an immune response in these mice.

Stappenbeck and colleagues used in vitro tests to figure out which B. theta antigen interacted strongly with receptors on CD4+ T cells, and engineered a mouse model that only had T cells with a receptor for that antigen. The team then used the model to investigate whether B. theta, which is known to change its gene expression to break down different available foods, produces more or less of the key antigen depending on its energy source—and whether this, in turn, affects T cell response.

When the mice drank glucose-spiked water, B. theta produced dramatically less of the T cell–interacting antigen, activating fewer cytokine-producing T cells, which can spark an immune response in the colon and its lymph nodes.

It’s a step toward better understanding which gut microbes and antigens are the primary culprits in inflammatory responses in conditions such as inflammatory bowel disease—and, perhaps, how to mediate these destructive interactions via diet, Stappenbeck says. “That’s way down the road, but I think that that would be something that would be pretty amazing.”

Hiutung Chu, who studies interactions between hosts and commensal microbes at the University of California, San Diego, and was not involved in the work, says it’s one of the first studies to examine how antigen-specific T cells respond to gut microbes. The authors, she says, “did a really nice job linking how diet can influence the microbiome and the mucosal immune response, but importantly, in a mechanistic manner.” 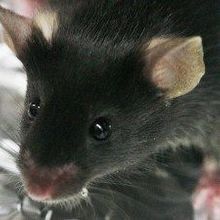