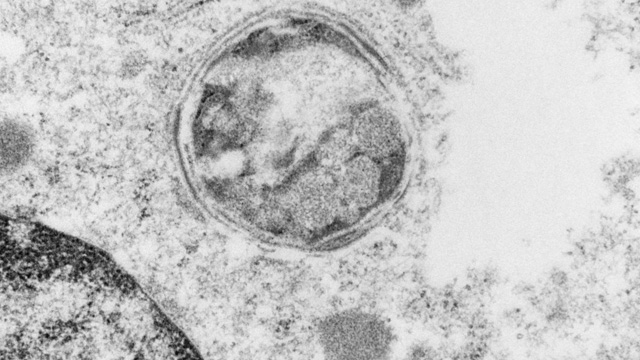 Atherosclerotic plaques can prompt heart attacks and strokes when lipid-containing macrophages inside them die and necrose, causing the plaque to rupture and clog blood vessels. Nudging macrophages to respond to stress by breaking down their own organelles—a process called autophagy—can keep plaques stable by reducing macrophage death and by making it easier for phagocytes to recognize and remove those that do die. This study is the first to connect autophagy in macrophages to protection against disease progression, says Rick Austin of the Thrombosis and Atherosclerosis Research Institute in Hamilton, Ontario, Canada, who was not involved in the research.

Although previous studies had shown that some cells in plaques were undergoing autophagy, it wasn’t clear which ones or whether it was an important process in the progression toward outcomes such as heart attack and stroke, says Ira Tabas, whose lab at Columbia University in New York City conducted the research.

When researchers fed mice predisposed to atherosclerosis a high-fat diet and also blocked autophagy, macrophages died at a higher rate and were not efficiently cleared by phagocytes, suggesting that autophagy may be protective against plaque rupture.

Surprisingly, the same plaque components that cause macrophage death, such as oxidized phospholipids and free cholesterol, can also promote autophagy, suggesting a balance between detrimental and autophagy-inducing signals, says Austin.