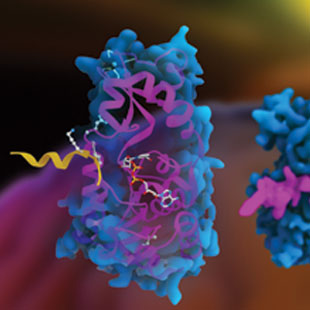 The finding
Sirtuins are proteins that promote hunger when expressed by the Agouti-related peptide-expressing (AgRP) neurons in the hypothalamus. Sirtuins also prevent inflammation and keep CD4+ T cells from becoming overactive, but it has been unclear where in the body the sirtuins act to modulate immune function. Tamas Horvath of Yale University School of Medicine and colleagues found that knocking out Sirt1 in the AgRP neurons in mice increased peripheral CD4+ T-cell proliferation, suggesting a link between nutrition and immune response.

The experiments
Mice lacking Sirt1 in their AgRP neurons not only had more CD4+ T cells, they also had fewer regulatory T cells (Tregs), which help prevent autoimmunity. The Tregs that...