Mice have neurons that connect to both eyes but only propagate the signal from one or the other, simplifying the information sent to the cerebral cortex.

Anne N. Connor is a solutions-based science writer and editor based in Vermont. Her primary beats are climate change, the environment, and health. She has been writing about science for...

ABOVE: Information from both eyes reaches the visual thalamus in defined areas. Nerve fibers shown in green come from the eye located on the same side as the thalamus shown, while nerve fibers in red come from the opposite eye.
© MAX PLANCK INSTITUTE OF NEUROBIOLOGY / FERNHOLZ

Mice have binocular vision, but unlike in humans, the visual fields of their side-facing eyes have little overlap. Scientists once speculated that most neurons likely received input from only one retina, but recent research has shown that a surprising number of neurons in the visual thalamus connect to both eyes. “This is a bit of a joke in the field,” says Tobias Rose of the Max Planck Institute of Neurobiology in Germany. “The mouse is very sloppy in its wiring; it just wires everything up with everything.” 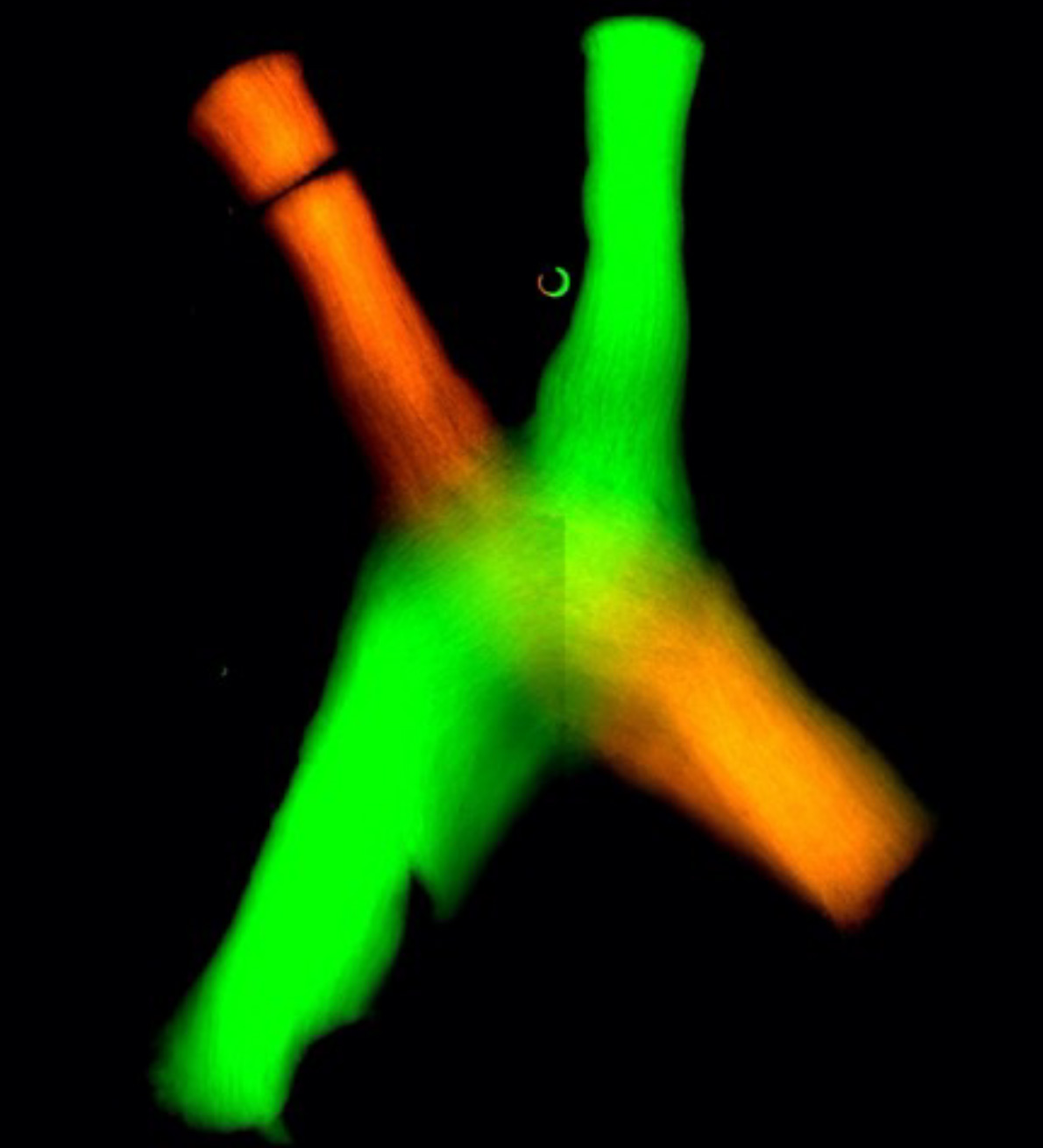 Nerve fibers from both eyes cross over to the other side of the brain in mice.
© Max Planck Institute of Neurobiology / Bauer

To untangle these messy connections, Rose and his team studied changes in electrical activity in the murine visual thalamus as it was stimulated optogenetically with red or blue light, confirming the cross-wiring to both eyes. They then exposed mice to bright flashes and moving checkerboard patterns while monitoring brain activity. The researchers found that the visual thalamus silenced redundant input in roughly 99 percent of the visual neurons—while the cells received signals from both retinas, only one signal was sent to the cerebral cortex.

These results challenge the understanding of the visual thalamus as a simple relay, where an input induces a consistent output. “A relay is not supposed to be plastic; if it’s plastic, it’s not a relay by definition,” says Rose. More research is needed to determine how the thalamus silences visual signals, and Rose says there are likely multiple mechanisms.

“It was a really elegant study, the way they specifically addressed the relative input of the two eyes onto single neurons,” says Lindsey Glickfeld, a neurobiologist at Duke University who was not involved in the research. She adds that this study validates previous findings and reminds neurobiologists that “just because the connection is there, [it] doesn’t tell you how strong it is.”