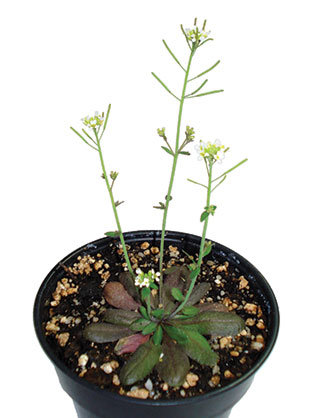 The bite
You might expect that a plant would respond unfavorably to having its top bitten off by an herbivore. But as ecologist Ken Paige and colleagues at the University of Illinois at Urbana-Champaign first observed in the 1980s, some plants respond by making more seeds, ultimately benefiting from injury in a phenomenon called overcompensation. More recently, Paige and postdoc Daniel Scholes suspected a role for endoreduplication, in which a cell makes extra copies of its genome without dividing, multiplying its number of chromosome sets, or “ploidy.”

The response
Undamaged plants tend to increase their ploidy over time, but after experimental...