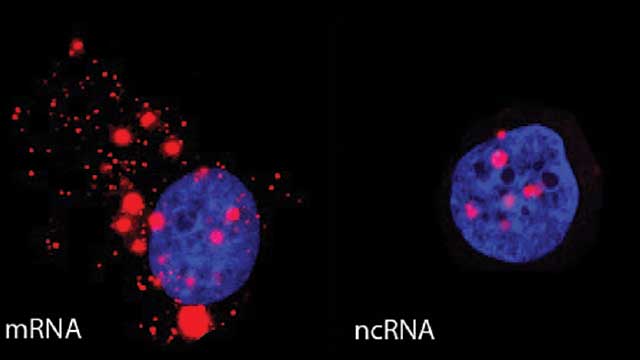 TWO-FACED: mRNA (left, red) from the ASCC3 gene is mostly in the cytoplasm, while ASCC3’s noncoding RNA (right, red) is in the cell nucleus (blue). LAURA WILLIAMSON AND BRADLEY SPENCER-DENE

Damaged DNA
When its DNA is damaged, a cell activates genes to repair the lesion and slows down the transcription of many others. According to Jesper Svejstrup of the Francis Crick Institute, researchers have known about this response for a few decades. However, “that was the extent of what we knew,” he says.

Two for one
Last year, Svejstrup and colleagues identified factors associated with transcription-related changes after UV-induced DNA damage, including the transcription of ASCC3, which encodes a protein involved in regulating gene expression (Cell Rep, 15:1597-1610, 2016). In... 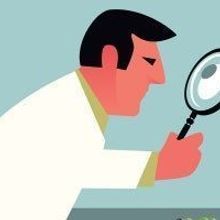