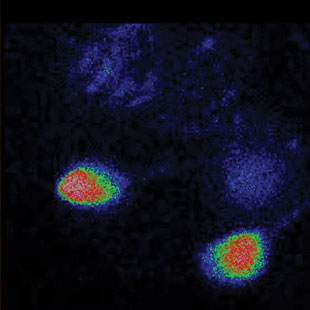 The paper
M. Bjordal et al., “Sensing of amino acids in a dopaminergic circuitry promotes rejection of an incomplete diet in Drosophila,” Cell, 156:510-21, 2014.

The approach
Like other animals, Drosophila larvae—which normally eat ravenously—will avoid food lacking essential amino acids (EAAs), presumably to seek out meals that are more nutritious. This behavior is thought to rely upon amino acid sensors, likely in fat cells and neurons. To track down such a sensor, a team led by Pierre Léopold at the University of Nice–Sophia Antipolis monitored neural activity in brains isolated from Drosophila larvae.

The response
Léopold’s team saw dopaminergic neurons in the fruit fly brain immediately activate when bathed in a food solution lacking EAAs, but cease activity when EAAs returned. “We never thought we would be able to see such a clear response in the neurons,” says Léopold. Genetic experiments to assess the flies’ behaviors confirmed that the activity of just three dopaminergic neurons was necessary for the animals to reject an EAA-deficient meal.

The pathway
It appears that a buildup of tRNAs, uncharged due to a lack of EAAs, triggers the activity of an enzyme, GCN2 kinase. GCN2 activation in amino acid–sensing neurons leads to the repression of the neurotransmitter GABA and the release of dopamine. The unknown downstream effects—just how the sensor activity causes pickiness in larval flies—remain Léopold’s current scientific pursuit.

The significance
The authors “convincingly show that decreased food intake due to dietary imbalance is tied to dopaminergic neuron activity,” says Fred Wolf, a neurobiologist at the University of California, Merced. Given the kinetics of the neural circuitry, Wolf adds, Léopold’s group has found a path from food stimulus to behavior that is faster than predicted. 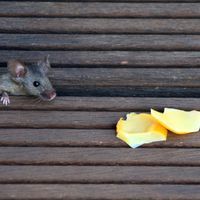 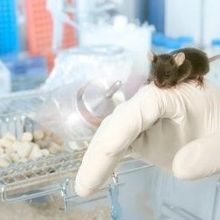 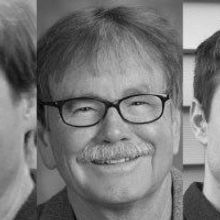