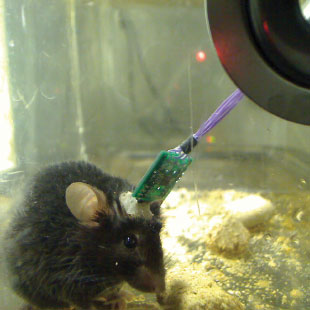 Sleepless nights
Early research into serotonin’s functions suggested that the neurotransmitter promotes sleep: lab animals deprived of the chemical often developed insomnia. More recent evidence indicated that serotonin plays a part in wakefulness instead, a theory that has gained significant traction. But explanations of the initial experimental data were scarce—so Nick Murray, then a research fellow at the University of Iowa Carver College of Medicine, started digging.

Faulty furnace?
“Over the past 5 or 10 years, we’ve found that serotonin is a key neurotransmitter for generating body heat,” says Murray. To investigate whether this role was related to serotonin’s impact on sleep, he and his colleagues injected para-chlorophenylalanine into mice to inhibit...