ABOVE: The days of our lives may seem to pass more slowly without social interaction.
© ISTOCK, ZEPHYR18

A WRINKLE IN TIME

External stimuli can affect our perception of time. Researchers in China set out to test whether a person’s social skills and perception of social interactions alters their sense of time.

Subjects viewed two motion sequences depicting two humans composed of dots of light. The first video clip showed sociable behavior between the figures, such as passing an object, while the second showed no interaction—the figures moved independently of each other. The subjects had to indicate which clip appeared to last longer.

Overall, volunteers found the clips with communicative behavior to be shorter, even when that wasn’t true. This “temporal compression effect” was not as pronounced in less sociable test subjects, as measured by their Autism Spectrum Quotient, a questionnaire-based assessment that determines where people fall on the neurotypical or autistic scale. “It not only highlights the idiosyncrasy of subjective time but also demonstrates that our perception of the world (something as basic as time) is ingrained with our personality traits,” writes coauthor Wen Zhou of the Chinese Academy of Sciences’ Institute of Psychology in an email to The Scientist.

On receiving a nasal spray of oxytocin, which is known as “the love hormone” and is found in higher levels in the blood of sociable people, less socially proficient subjects experienced more temporal compression than they had previously. On the other hand, giving an oxytocin antagonist to the more social subjects decreased the effect.

While the mechanism underlying these findings is unclear, Steve Chang, a psychologist at Yale University, writes in an email to The Scientist, the experiment “demonstrates that intranasally administered oxytocin is involved in the perception of social time in humans, suggesting that oxytocin may act on the neural circuits involved in time perception in some way.”

In one experiment, researchers showed subjects two clips of the same length, one with communicative-seeming figures (left) and one with figures that don’t appear to interact (right).
R. Liu et al.
Related Articles 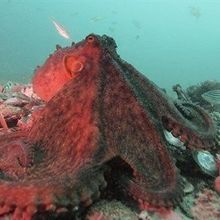