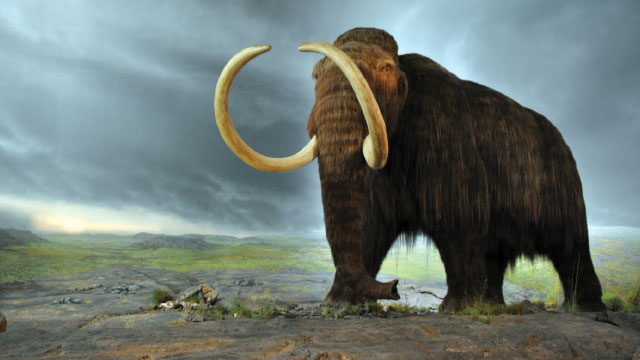 A PALEONTOLOGY PARADOX
During the Last Glacial Maximum, global temperatures and atmospheric carbon levels were less than ideal for vegetation to grow in the northern hemisphere, but the fossil record shows that herbivorous woolly mammoths were plentiful in unglaciated regions—a discrepancy termed the “productivity paradox.”

MODEL MAMMOTHS
An international team of researchers approached the problem by modeling plant cover based on climate, the water cycle, and other variables, and incorporating the presence of large grazing animals. The scientists tested the model on a variety of modern ecosystems involving grazers, and found that its predictions of grass cover generally...

TOP-DOWN OR BOTTOM-UP?
Love Dalén, a paleogeneticist at the Swedish Museum of Natural History, says the paradox really boils down to whether vegetation limited the abundance of grazers or vice versa. The new study rests on the assumption that mammoths controlled the abundance of vegetation, he says, but it’s still an open question as to whether that was the case.

RUMINATE ON IT
How the mammoths digested plant matter is also important in solving the paradox, says Danielle Fraser, a paleobiologist at the Canadian Museum of Nature. “I would have been interested to see how the model would differ if they included the digestive physiology of mammoths,” which were relatively efficient “hindgut fermenters,” she says. Viovy says the team plans to continue improving the model to account for more variables like this one.