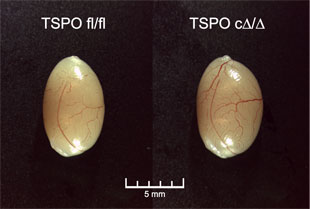 The context
The first step in steroid hormone production is the transportation of cholesterol into the mitochondria. For years, scientists have considered two candidates vital to this process: steroidogenic acute regulatory protein (StAR) and channel-like translocator protein (TSPO). Experiments in knockout mice showed that StAR, which binds cholesterol, is essential for hormone production. But the bulk of evidence regarding TSPO, found in the outer mitochondrial membrane, has been generated using cell lines because global TSPO knockout mice die as embryos.

The surprise
A team led by Vimal Selvaraj of Cornell University deleted TSPO only in the testicular Leydig cells of mice. Much to...