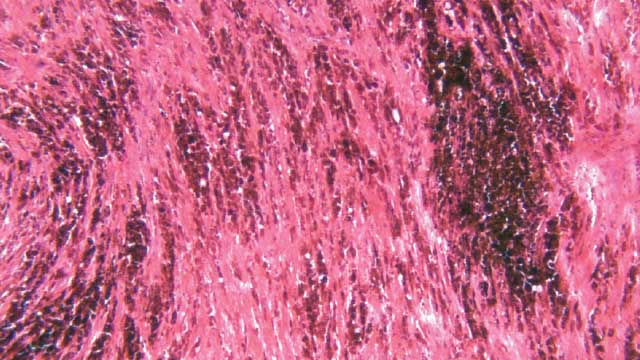 T-CELL TARGET: Metastatic melanoma, pictured here, has been in the sights of immunotherapy developers. © ISTOCK.COM/BEHOLDINGEYE

T-cell therapy
One approach used in cancer immunotherapy is to extract T cells from a patient’s blood, select a single clonotype that binds to a tumor antigen, expand it in culture, and reintroduce the cells to the body. Reaching therapeutic levels, however, might take several months, sometimes too late to save the patient.

The solution
Rather than generating a therapeutic population of lymphocytes from a single T cell, Fred Hutchinson Cancer Research Center immuno-oncologist Aude Chapuis and her colleagues decided to infuse patients with a polyclonal group of cells stimulated by a particular tumor antigen. “Instead of picking one cell and growing it out, we’re taking a lot of...