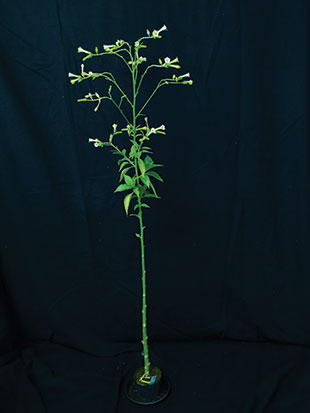 The seed
In nature, plants of different species frequently hybridize sexually to create polyploid offspring, which carry the genomes of both parents. These progeny often have superior traits and can constitute new species. Many modern crops, for instance, are the fruit of such past fusions. Ralph Bock of the Max Planck Institute of Molecular Plant Physiology in Potsdam, Germany, previously found that entire chloroplast genomes could slip from cell to cell across the grafted stem joints of individuals from two different species, leading Bock’s team to test whether nuclear genomes might also migrate and fuse to form polyploid cells...