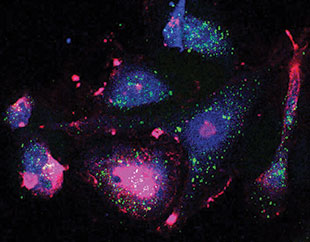 The debate
Researchers have two theories about how tumor cells develop resistance to anticancer drug treatments: either through an uptick in pro-growth signals or via dedifferentiation pathways that return them to a stem-like state. Single-gene studies have provided evidence for both strategies.

The screen
To get a more comprehensive view of what’s happening, researchers from MIT and Duke University looked at signaling pathways, instead of individual genes. They used a library of 40 mutant cDNAs to activate or inactivate 17 cancer-related pathways in melanoma and breast cancer cell lines, then assayed the cells’ responses to 13 common targeted anticancer treatments. In addition to confirming the resistance-establishing role of pathways that promote growth, they also found that the Notch1 pathway played a previously undetected role in conferring drug resistance to numerous cancer cell types, mouse models, and human tumor samples.

The reconciliation
Notch1 is thought to play a role in stem cell renewal, making dedifferentiation a “plausible biological mechanism” for drug resistance, says Charles Sawyers of Memorial Sloan Kettering Cancer Center who was not involved in the work. In the study, activated Notch1 and pro-growth pathways seemed to be equally effective at establishing resistance, supporting the idea that “both of these schools of thought are correct,” says study coauthor Kris Wood of Duke.

The potential
“Directly screening signaling pathways instead of individual genes . . . can potentially accelerate the identification of the pathways that drive drug resistance,” Wood says. He hopes to expand the library to 200 constructs to assay more pathways and perhaps to study other cancer characteristics such as metastasis and recurrence. 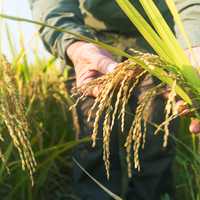