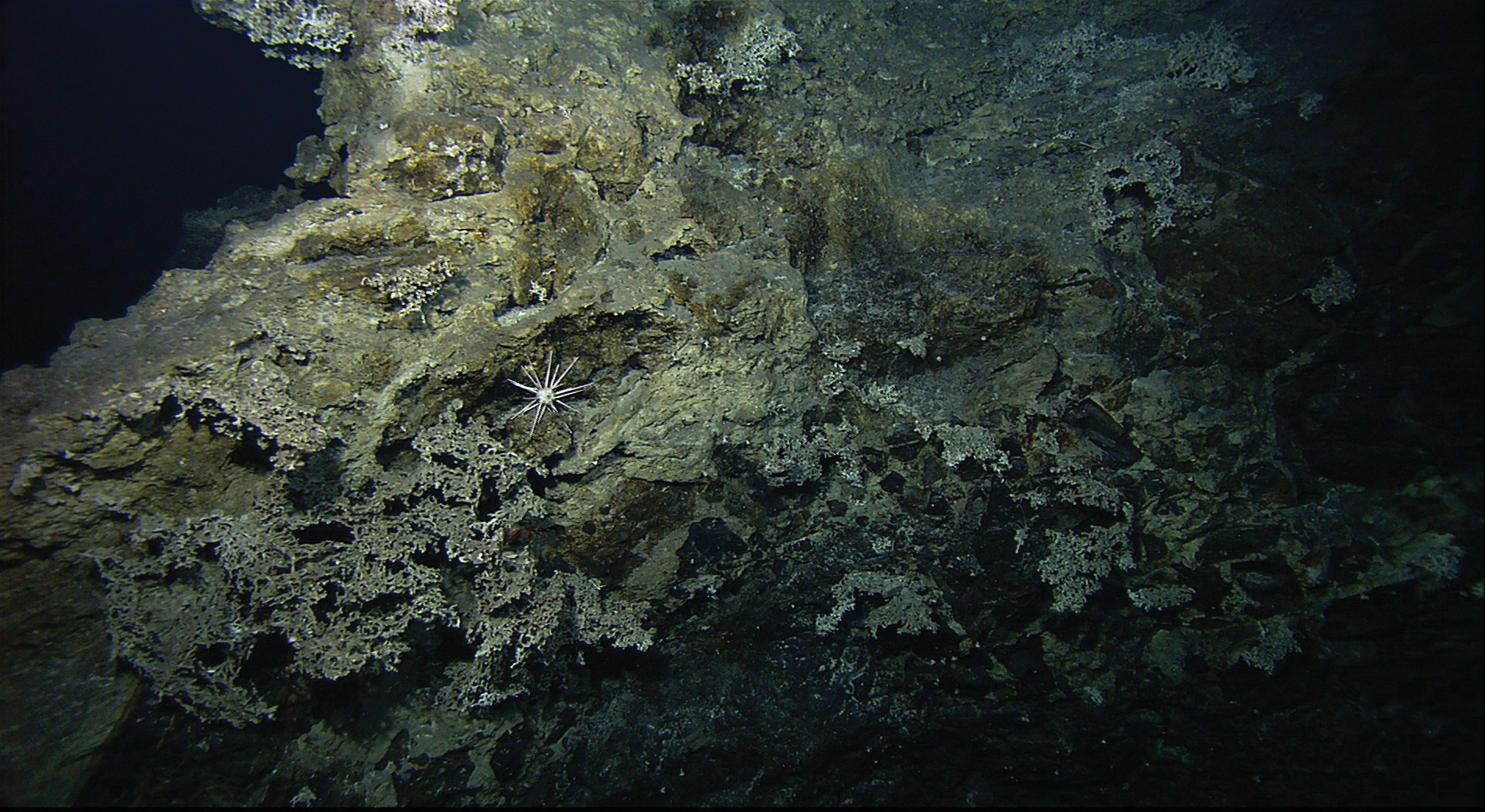 CARBON TRAP: Organic molecules can circulate in the deep ocean for millennia before they’re gobbled up by microbes in the crust.
NOAA

There’s as much carbon circulating in the deep ocean in a form called marine dissolved organic carbon (DOC) as there is CO2 in the atmosphere, says Sunita Shah Walter, a marine chemist at the University of Delaware. “It’s one of the largest active organic carbon reservoirs that we have,” she says. But not much is known about how this carbon is sequestered in the deep ocean.

Shah Walter and a team of geochemists and evolutionary biologists set out to determine what’s happening to marine DOC in a tectonically active area of the Atlantic Ocean called...

The organic carbon in the crust was ancient—4,000–6,000 years old. DOC circulates through the ocean on currents and becomes trapped in ocean water in faults along the seafloor’s cooling crust. In the crust, the molecules somehow become an attractive food source to deep-sea microbes that would shun them in the open ocean. “I was surprised by how adaptable and flexible these bacteria are,” says Shah Walter.

“At the moment, we’re driving the [atmospheric] CO2 up, but a lot of it will be taken up by the ocean,” says Dan Repeta, a marine geochemist at Woods Hole Oceanographic Institution. The age of the DOC in Shah Walter’s samples “suggests that it stays in seawater for quite a long time,” he says, meaning that the oceans could have the potential to hold onto carbon for millennia.