Early studies attempting to untangle the neurological basis of sleep typically removed or injured part of an animal’s brain to measure the effects. The results implicated a region called the basal forebrain in inducing sleep, yet some studies indicated that it was important for arousal. “The impression is that maybe in that region there’s a mixture of mechanisms,” says Yang Dan, a neurobiologist at the University of California, Berkeley. “But that’s not a very satisfactory answer.”

Dan sought to identify which cells in the basal forebrain promote which brain state. The region contains three main types of neurons: cholinergic, glutamatergic, and GABAergic. Dan and her colleagues further classified the GABAergic neurons into those containing somatostatin (SOM+) or parvalbumin (PV+).

The researchers optogenetically activated each of these four cell types in mice to locate them and track their activity. The cholinergic, glutamatergic, and PV+ GABAergic neurons typically fired multiple times per second when the mice were awake or in REM sleep, but less often during non-REM sleep, a sleep stage in which the brain is less aroused overall. In contrast, non-REM sleep was when the SOM+ GABAergic neurons were most active.

Dan’s team then fired a laser pulse to stimulate the different cell types. If the mice were already awake when the laser activated the cholinergic, glutamatergic, or PV+ GABAergic neurons, the animals’ arousal increased further—and if the animals were in non-REM sleep, they woke up. But when the researchers activated the SOM+ GABAergic neurons, the mice were more likely to go to sleep. “To us, that’s the most exciting,” says Dan. “Everywhere in the brain, it’s easy to find neurons that promote wakefulness,” she explains, but very difficult to find neurons that promote sleep.

To map the connections between each cell type, Dan’s team examined slices of the mouse basal forebrain. In each sample, one type of neuron expressed channelrhodopsin-2 and another a fluorescent identifier. By flashing a light onto the brain tissue, the researchers could activate the light-sensitive neurons and track the synaptic inputs, or lack thereof, to those that were fluorescently labeled.

The different neuron types interacted in a complex hierarchy. Activating glutamatergic neurons excited the three other cell types. Cholinergic neurons activated some neurons, but suppressed others, while PV+ GABAergic neurons had little impact on the labeled cells. Activating the SOM+ neurons, on the other hand, inhibited all three types of wake-promoting neurons. “We think that this is one mechanism for how some neurons can promote sleep,” says Dan. “But, of course, it’s not the only mechanism.”

“There’s an important knowledge gap in the neurosciences as far as how these subpopulations individually contribute to the processes of cortical arousal and wakefulness,” says Patrick Fuller, a neurologist at Harvard Medical School. “The system is wide open for additional empirical testing,” he adds. “That’s the next step.” 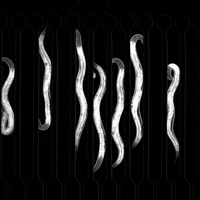 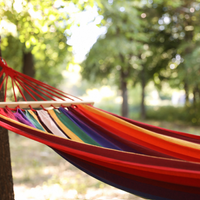 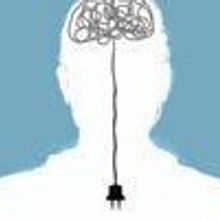