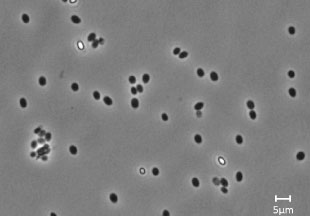 The History
For decades, scientists considered protein synthesis nonessential for the transition of dormant bacterial spores into active cells—a process known as germination. But a series of experiments from Sigal Ben-Yehuda’s lab at the Hebrew University of Jerusalem in recent years suggested otherwise. Spores with disrupted translation didn’t germinate, the group found, and with tagged amino acids, “we could even identify proteins synthesized during this period [of germination],” Ben-Yehuda says.