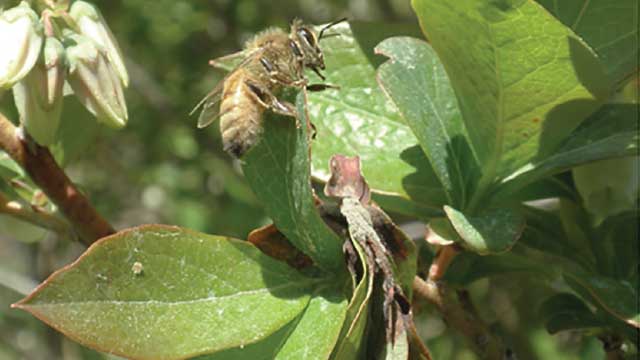 Faking it
The fungus starts off as an airborne spore riding on the breeze, waiting to land on a new leaf of a blueberry plant. There, the spore multiplies and exudes a sticky, sugary, fragrant, spore-laden film, which is called a pseudoflower...