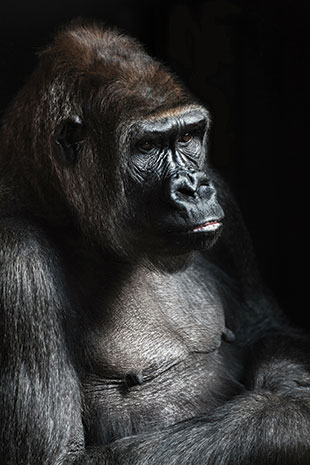 TRANSMITTER: Western lowland gorillas appear to be the source of a particular type of HIV that has infected 100,000 humans. PIXABAY.COM

The strains
HIV jumped from apes to humans at least four times, as evidenced by genetically distinct groups of the virus that have been detected: M, N, O, and P. While N and P have had little impact, M is responsible for the pandemic affecting millions of individuals, and O has infected another 100,000.

The origin
The M group of HIV-1 came from chimpanzees, likely in Cameroon. To uncover the roots of group O, Martine Peeters at INSERM and the University of Montpellier in France and colleagues trekked into the forests of central Africa to collect and analyze fecal samples from chimps and, while...