ABOVE: STUCK IN AMBER: The record-setting sperm was found in a new ostracod species called Myanmarcypris hui.
HE WANG & XIANGDONG ZHAO, NANJING UNIVERSITY

Something giant lingers in a tiny piece of amber the size of a postage stamp. It’s the world’s oldest sperm, and it’s relatively big—nearly five times longer than the creature from which it came.

The sperm dates back 100 million years and belongs to an ancient ostracod, a relative of millimeter-long crustaceans still alive today. It’s almost 50 million years older than the previously catalogued oldest sperm, according to Nanjing University paleontologists He Wang and Bo Wang, who studied it.

Timing was key to the perfect preservation of the sperm, which is rarely fossilized. The researchers found a tangled clump of sperm and four tiny eggs in a female that was petrified in amber along with 38 other females, males, and juveniles, belonging to a genus of ostracods that had not been identified before. Because the sperm was still inside the female, she must have mated “maybe a matter of minutes or hours before” tree resin fell and trapped her, study coauthor David Horne, a paleontologist at Queen Mary University of London, tells The Scientist.

Not only was finding the sperm surprising, but so was how much sperm was in the female. Modern ostracods produce the largest volume of spermatozoa in the animal kingdom. As it turns out, ancient ostracods also produced really large sperm a hundred million years ago. Producing voluminous sperm, even though it takes a lot of energy, can physically block other sperm from penetrating the egg. And it appears to have been an evolutionarily advantageous strategy of reproduction for longer than researchers thought, the scientists say.

“There are a couple of categories of stories that gather a lot of attention in paleontology: one is exceptional preservation and the other is weird sex stuff,” says Gene Hunt, a paleobiologist at the Smithsonian National Museum of Natural History who was not involved with the study. “This is a perfect intersection of those two kinds of stories.” 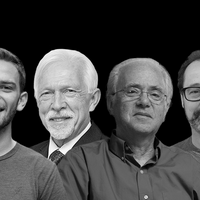 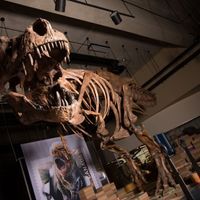