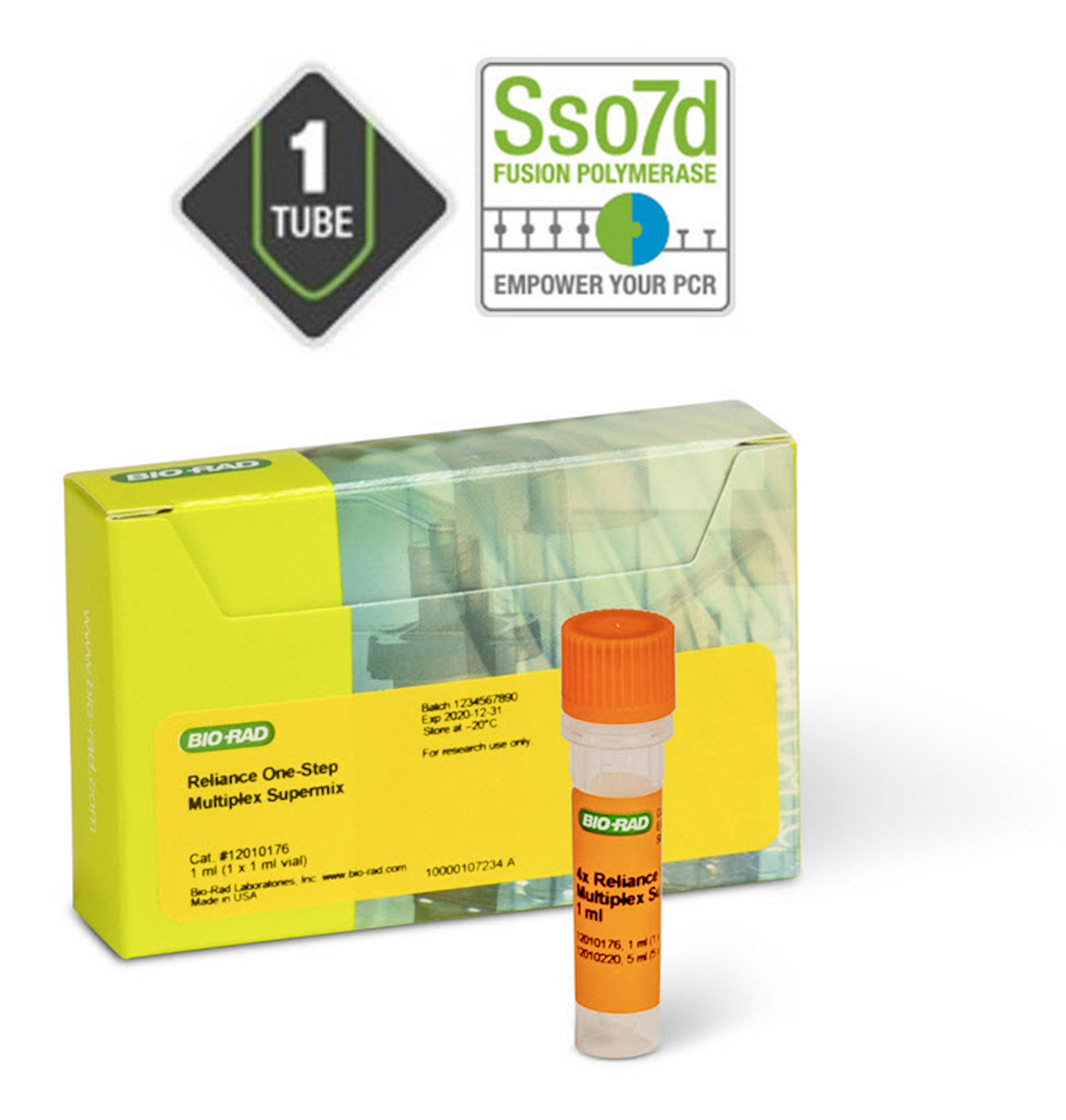 One-step RT-qPCR–based applications are increasingly being used in life science research to quickly quantify genes of interest directly from many RNA samples simultaneously. The applications are used in particular and for virus/pathogen detection and for high-throughput screening. Reliance One-Step Multiplex Supermix offers robust, sensitive amplification and detection of up to five targets under a wide range of conditions, including challenging templates, difficult targets, or targets that are in the presence of PCR inhibitors. With its room temperature stability, the supermix can be easily integrated into automated workflows.

"The Reliance One-Step Multiplex Supermix was specifically formulated to offer increased sensitivity and rapid results to address a wide range of RNA detection questions," said Yann Jouvenot, Bio-Rad Marketing Manager, Gene Expression. "Used as part of a workflow along with our CFX Automation System II and PrimePCR Probe Assays, the supermix helps researchers maximize their throughput as well as the quality of their RT-qPCR data," he added.