Ahuman cell map is vital information for researchers designing immunotherapies. To create these maps, scientists use techniques such as flow cytometry and RNA sequencing to characterize immune cells based on their physical properties. However, researchers have identified numerous cells with identical surface marker phenotypes that show vast functional diversity, highlighting a gap between the information provided by these traditional techniques and the ability to characterize cell function. 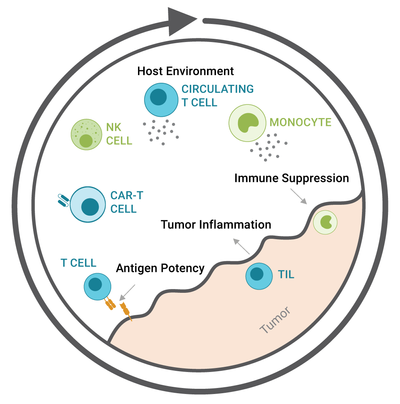 Further experiments revealed that cellular polyfunctionality associated with clinical outcomes, including adverse effects such as cytokine release syndrome and neurologic toxicity. This study outlined how functional phenotyping could be a useful tool for discovering improved biomarkers of response to treatment.

Unable to be detected by conventional technologies, cellular functional heterogeneity leads to differences in patient response and disease progression. Filling this gap, IsoPlexis’ single-cell functional proteomics is allowing researchers to characterize the range of extracellular functions (32+ cytokines) per single cell. By exploring, understanding, and characterizing cells based on function, researchers can accelerate therapeutic development by revealing new phenotypes that specifically correlate to individual disease or response states.