1. Why a hydrogen society—the widespread adoption of hydrogen as an energy source—is necessary

Climate change is a pressing issue common to all mankind.

To achieve carbon neutrality, the energy supply system needs to be rebuilt to facilitate the replacement of fossil fuels by sustainable energy sources. Hydrogen is an essential element for this energy transition: 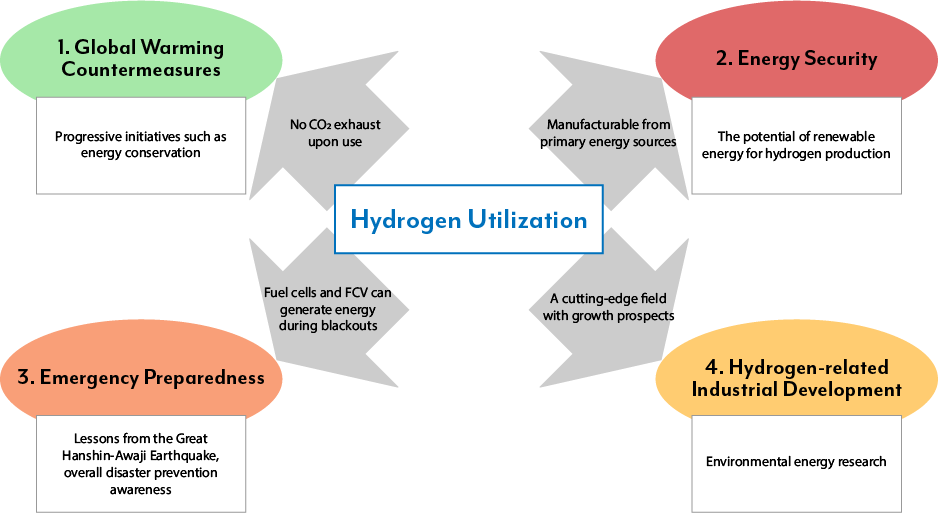 The Union of Kansai Governments (UKG), established in 2010, is Japan's first extended inter-prefectural association. It has a council and administrative board to deal with region-wide administrative needs and accepts, under certain laws and regulations, functions and authority normally under the jurisdiction of the national government.

The UKG consists of the Shiga, Kyoto, Osaka, Hyogo, Nara, Wakayama, Tottori, and Tokushima prefectural governments, as well as the municipal governments of Osaka City, Kyoto City, Kobe City, and Sakai City. This inter-prefectural area has a population of 22 million people.

The Kansai area contains many companies involved in hydrogen stations and fuel cells, associated small and medium-sized enterprises with technical expertise, and pilot projects on hydrogen utilization. It also contains numerous universities, industry support institutions, and public research institutions. The pilot projects that have already been initiated within Kansai are introduced in more detail here.

The UKG first drew up a map detailing the Kansai area’s hydrogen industry potential in 2018. This map is publically available on their website and is renewed every year. 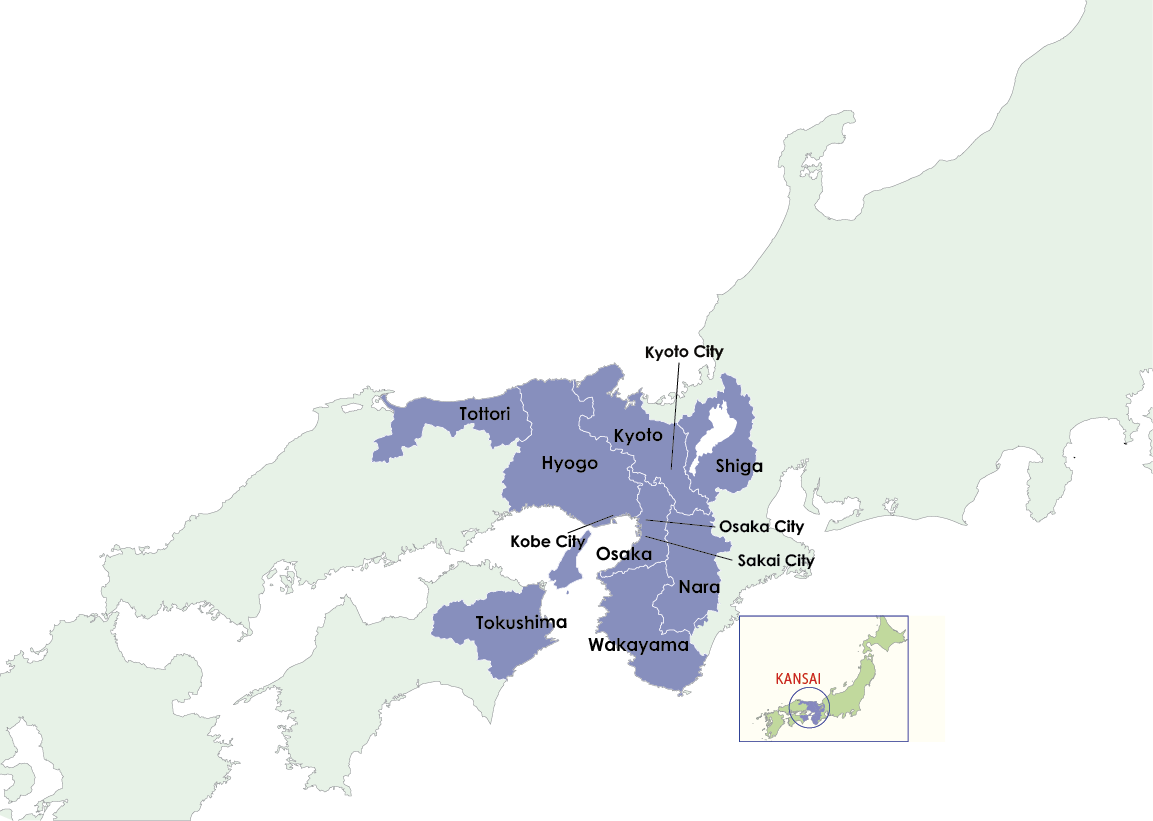 3. The conception and implementation of a hydrogen supply chain plan

In 2017, the Japanese national government announced its “Basic Hydrogen Strategy”, which was followed by its “Strategic Road Map for Hydrogen and Fuel Cells” in 2019.

As such, in order to take advantage of the high potential for the hydrogen industry in the Kansai area, the UKG in March 2020 decided on a supply chain plan focusing on three areas: “production and supply”, “transport and storage”, and “utilization”. With the national hydrogen strategy in mind, this plan aims to promote regional economic revitalization and environmentally-friendly urban planning by promoting hydrogen-related industries.

This plan begins with a roadmap and a vision.

The vision shows the possibility of hydrogen utilization based on the regional characteristics of the Kansai area. 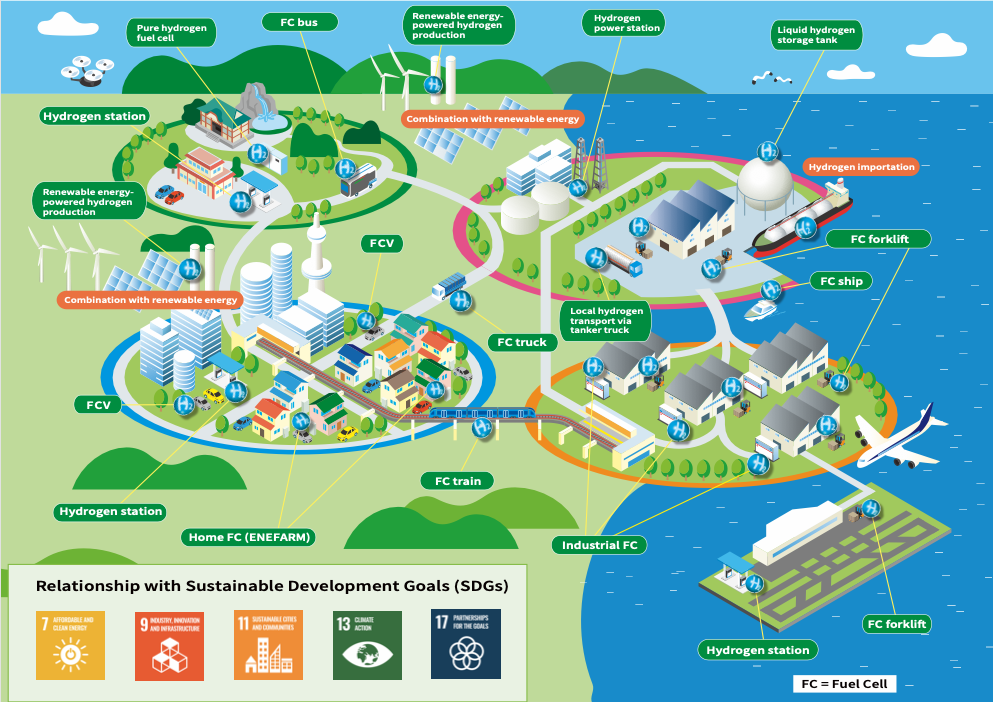 To turn this plan into reality, a platform consisting of companies, academic institutions, support institutions, and the government was established in February 2021. In the future, opinion exchanges on themes such as mobility and power generation will be conducted to lead to create specific projects.