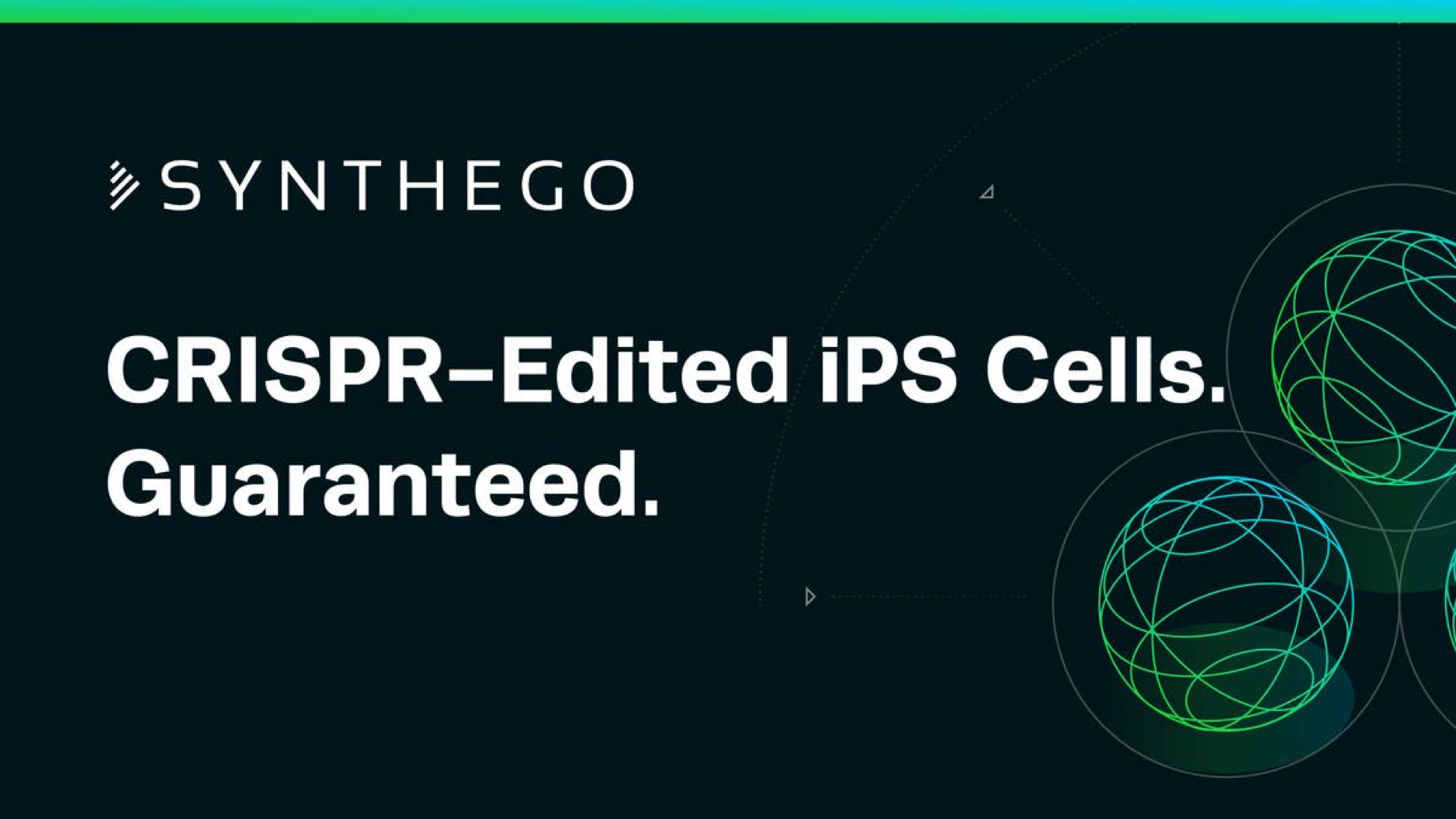 Synthego, the leading genome engineering company, today announced the launch of genome engineering for induced pluripotent stem (iPS) cells. The new offering expands Synthego’s automated cell editing to achieve unprecedented editing efficiency of iPS cells at an industrial scale. The company simultaneously announced the National Institute on Aging (NIA) at the National Institutes of Health (NIH) has awarded Synthego a contract to create panels of mutations in a variety of genetic backgrounds to study Alzheimer's disease and related dementias (ADRD). Synthego also announced the addition of Dr. Bill Skarnes, a pioneer in stem cell research, to the company’s advisory board.

A fundamental challenge in research and therapeutic development is the lack of high quality, physiologically relevant biological models for translational medicine. iPS cells are reprogrammed human adult cells reverted to a stem cell state, and can provide one of the most reliable and accurate models for disease due to the ability to create patient-specific variations, but have traditionally been difficult to handle and modify genetically. By overcoming these challenges, scientists gain access to creating models for thousands of disorders ranging from inherited conditions such as Cystic Fibrosis to neurodegenerative diseases such as Alzheimer’s, and even organ-specific ocular diseases.

Synthego’s proprietary cell editing platform removes the difficulty of editing, cloning, and maintaining high pluripotency in clinically-relevant iPS cells, with editing rates as high as 90% prior to cloning and 100% in clones. The new offering of iPS cells includes modification by removal of gene function (knockout), single nucleotide variation, protein tagging, and other knock-ins, enabling scientists to generate edits at a massive scale to accelerate research and disease modeling.

“Synthego is enabling a long-overdue shift in the way models of diseases are generated through the development of optimized methods for gene editing pluripotent stem cells at scale," said Bill Skarnes, Ph.D., Professor and Director of Cellular Engineering at The Jackson Laboratory. Bill joins Synthego as an advisory board member. Skarnes is a trailblazer in stem cell research, having pioneered gene-trapping technology in mouse embryonic stem cells in the early 1990s, he went on to lead efforts establishing a high-throughput pipeline for the production of mouse models across key research programs.

Synthego also announced it has been selected as one of NIH’s partners for a multi-million dollar effort to better understand neurodegenerative diseases. Synthego’s genome-edited iPS cells will introduce mutations relating to ADRD. These edited cells will then be characterized functionally by NIA researchers to better understand these insidious diseases and identify new ways to treat them.

“Being selected by the NIH and welcoming Bill to our team of advisors is a testament to our mission to make genome engineering more accessible not just to scientists, but also to millions of people in need of a new generation of medicines,” said Paul Dabrowski, CEO and co-founder of Synthego. “Today’s launch is a significant milestone in accelerating time-to-market and bringing down the cost of life-changing therapeutics, and we are excited to partner with industry and academia to make that vision a reality.”