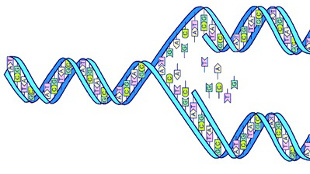 The total price tag represents $800 for reagents, $135 for equipment depreciation over four years, and $65 for overhead, such as staff, according to a cost breakdown posted by Mick Waston, head of bioinformatics at Edinburgh Genomics, on his Opiniomics blog.

According to GenomeWeb Daily News, Illumina is only selling the HiSeq X machines...

“Over the next few years, we have an opportunity to learn as much about the genetics of human disease as we have learned in the history of medicine,” the Broad’s Eric Lander said in a statement from the sequencing firm.

Life Technologies, arguably Illumina’s closest competitor in the sequencing market, claimed to have achieved the $1,000 genome with its Ion Torrent technology in 2012. But the machine has not yet made it to market. Life Tech’s Ron Andrews, president of the company’s genetic and medical sciences division, told Bloomberg Businessweek that his firm is still “working on it,” though he added that “there are bigger and more urgent business opportunities than the $1,000 genome.”

But no matter which machines researchers are using to sequence humans genomes, there’s still the question of analysis. “The interpretation (certainly in humans) will need to be done by clinicians, and no, the cost of the clinician is not included in the $1,000,” Watson noted at his blog.